This campaign does not pretend to be a simulation of real events. It owes more to fiction than history. One player represents the leader of a group of resistance fighters in France in 1944. The other player represents the German local area commander responsible for maintaining the security of the region. The game begins before D Day and continues until the Allied breakout from Normandy. Each turn, both players will have to respond to different challenges determined by the umpire.

Success is measured in terms of personal prestige. The French player hopes to be appointed as an officer in the French liberation forces and the German dreams of promotion and a posting to a less dangerous location.

Both players are expected to behave with decency. Atrocities by either side are not an option: there is no gaming pleasure in massacring civilians. 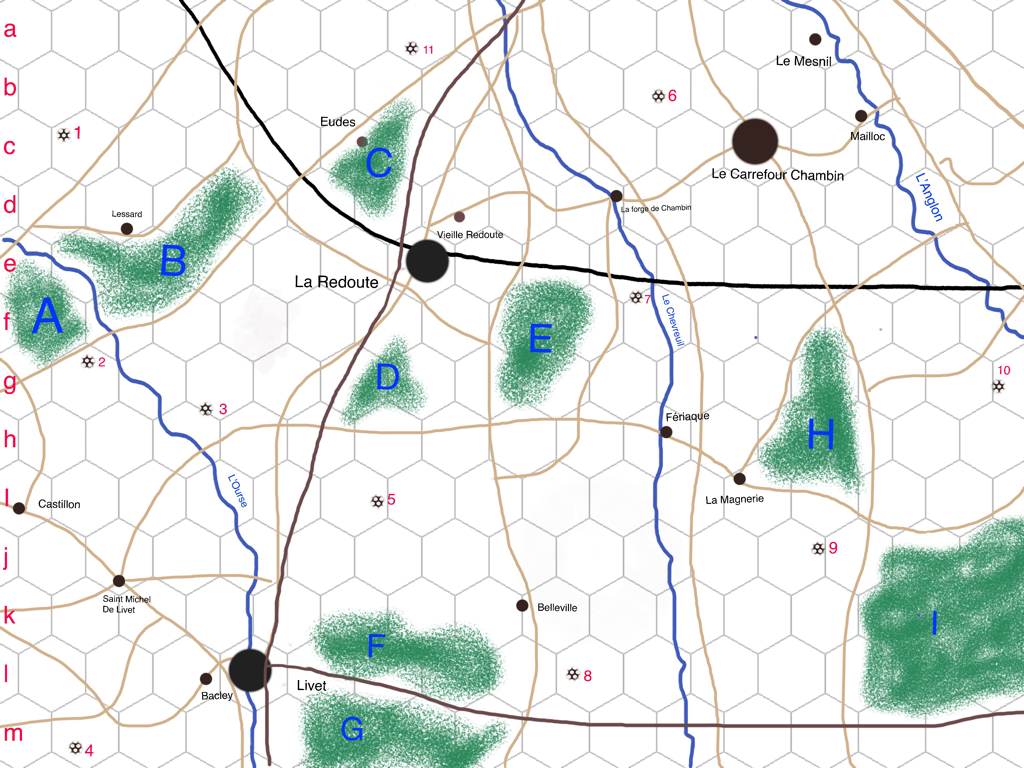 The campaign area, some 100km Southeast of Caen. Fictitious names on a real map.