We have played this three times and found it a well balanced game every time. Scenario, Army lists and a map are in the document below.

I attach another Longstreet scenario, which four of us played earlier this year. It was great fun and went to the wire but the Confederate attack was repulsed. I've uploaded an amended version of the scenario with slight changes to the set-up and a new map.

We have fought this scenario three times so far, with two Confederate and one Federal victory. The knoll in question was renamed Barlow's Knoll after the battle, to honour the young general who was severely wounded directing its defence. The scenario makes an unusual game as the field is split down the centre by a wooded creek. Longstreet's approach to woods works very well in this game.. Unit density is intentionally light as the Union line here was very thinly held.

This is a small scenario involving two cavalry forces supported by a few guns each. It poses an interesting challenge to both sides and brings out the simple effectiveness of Longstreet's cavalry rules well. We have played it twice so far, with one victory for each side. The odds appear to be in favour of the Federals but the onus is on them to take the risks and the Confederates will find their situation less desperate than might appear.

This scenario covers the first phase of the combat at Bristoe Station, when A.P. Hill had a chance to cut Warren off and defeat him in detail. Warren not only escaped destruction but inflicted stinging losses on Hill's command. This incident prompted Lee's comment to Hill after the battle: "Well, well, general, bury these poor men, and let us say no more about it".

This is a medium sized battle (48 bases versus 56), taking place on a restricted table, 48BW square.

Between March and June 2020, we could not meet to play games due to the Covid 19 lockdown in the UK,  Instead, we played an email campaign based on Jackson in the Shenandoah Valley in 1862. The first campaign is described in a series of blog posts at the time. I am running the campaign again with a second group of players. The common rules and map are in the attached pdfs.

Download File
In addition to these shared documents, each player receives their own personal briefing with special rules and order of battle. As a campaign is under way, I have not uploaded these briefings but will do so after it finishes. 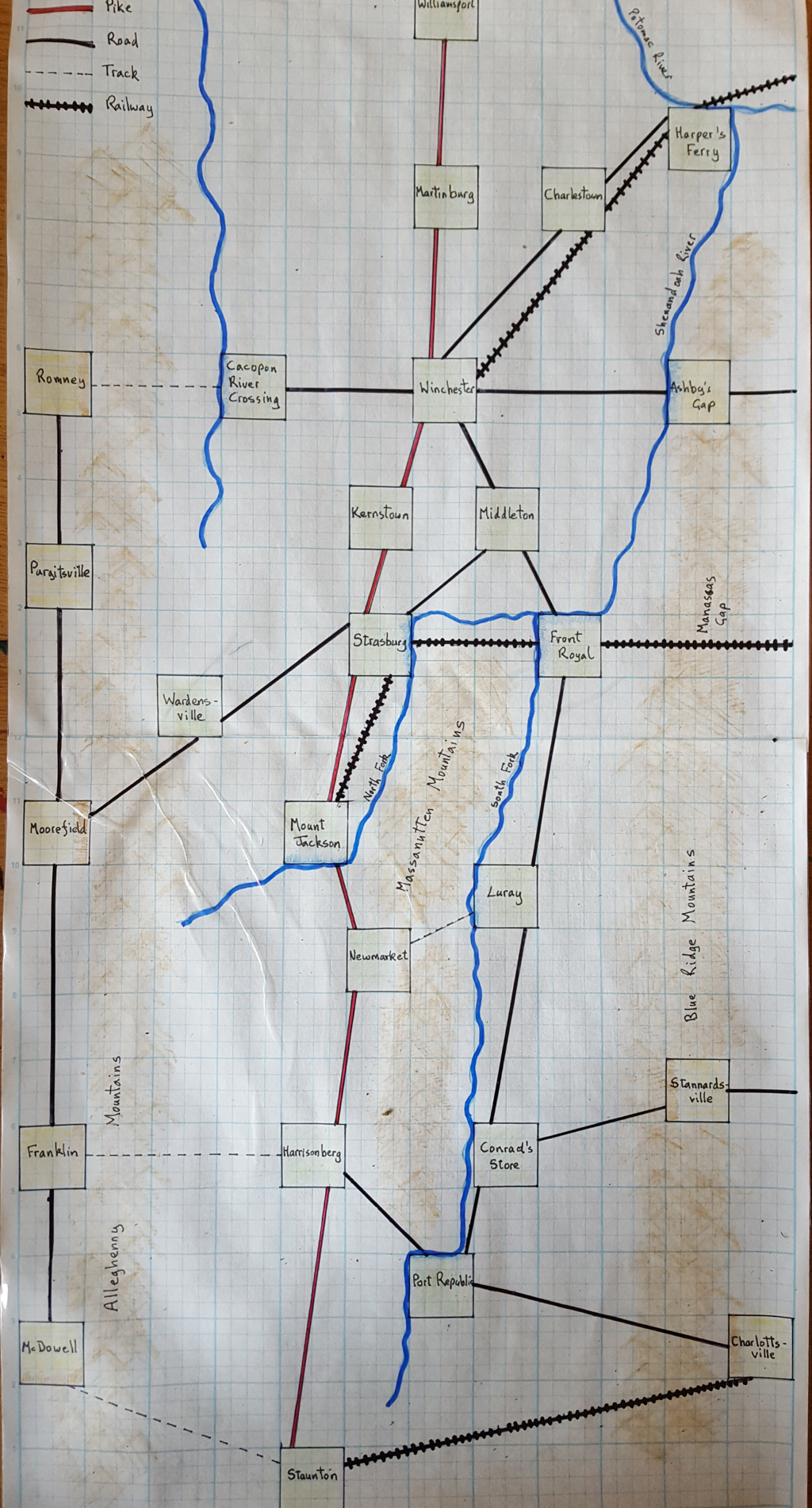 The playing area. A bit DIY but functional.